We use cookies on this site to optimize site functionality and give you the best possible experience. By using this site, you accept our use of cookies. Learn More

Thinking about replacing your power bank with a solar panel for backpacking? In this article, we'll unravel the optimal situations for solar panels.

Wouldn’t it be great if we could do that with a solar panel instead of a power bank?

It’s a cool idea, but is a solar panel worth it?

That’s what we’ll discuss in this article.

The Difference Between Power Banks, Solar Panels And Solar Chargers

To avoid any confusion, I want to first make it clear what I’m writing about.

So solar panels don’t have a battery. They cannot store energy. So in order for them to work, you need to connect a standalone power bank or whatever electronic device you want to charge.

Solar panels, solar chargers and power banks are very similar: all three can be sources of energy. Yet the slight difference in exactly how they power you will have a huge impact on which charger is best for you.

However, in this article I’ll only discuss the debate of solar panels versus power banks.

What Factors Affect Your Decision?

I think most backpackers are better off with a power bank, as one of 10,000mAh is probably enough to keep your electronics alive between town stops. I usually last a week with such a power bank, and I belong to Generation Z (aka the phone-addicted generation).

Even if I need more power, I’ll probably just take an extra power bank with me because two of them are still lighter than one solar panel. A 10,000 mAh power bank weighs about 7 oz. A solar panel is something like 16 oz.

And power banks are not dependent on sun exposure the way solar panels are. That’s a big advantage.

That said, maybe you are the exception. Maybe a solar panel is a better fit for you.

Your energy consumption: If you need to carry a lot of power banks in the backcountry because you’re using extremely high amounts of energy, a solar panel may be a lighter and cheaper choice.

Time available for charging: The charging speed of solar panels depends on panel size, sun exposure, and the angle of the panel to the sun. Deserts are perfect for solar panels because there’s barely any shade. Are you going backpacking in a rainy area or dense rainforest? Then forget the solar panel and take a power bank with you.

Time between town stops: If the time between towns (and therefore recharging opportunities) is measured in weeks rather than days, then a solar panel may be your only option. You don’t want to carry the weight of five power banks, do you?

Town charge reliability: Say you’re going backpacking in a third world country where electricity is unreliable and you’re not sure if you can charge your power bank in town. In that case, it may be better to bring a solar panel.

Hiking speed (& your backpacking budget): If you’re like me and avoid the civilized world as much as possible while backpacking, keep in mind that charging a power bank can take all night, depending on its size. That means you may have to spend the night in some sort of hotel, which adds to the cost of your trip. A solar panel can be hung on your backpack and charge your devices while hiking.

If you’re a slow hiker and don’t care about the miles, then a little extra weight is not important. In that case, you can choose to bring a solar panel.

Weight importance: A pound or two more, who cares? If you think of it that way, you might as well bring a solar panel for fun. Just don’t overdo it! A backpack too heavy is dangerous.

It’s a cool idea: not relying on electrical outlets and just letting the sun do the work.

But does it make sense for you to go solar? Shade and weather are the main factors to consider. But also think about your hiking style and recharge opportunities/reliability in town.

If you know the limits of solar panels and what you’ll encounter on the trail, I’m sure you’ll make the right decision! 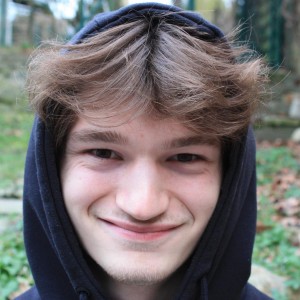 Born in the midst of a storm and raised by new-age hippies in a green corner of Belgium, it's no surprise that Storm became the backpacker of the family. Turns out he loves to write too! And his English isn't that bad either! Let's start a blog then, at least I'll be doing something useful with my time, he thought. 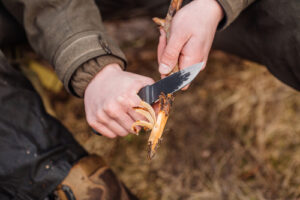 Do You Really Need A Knife For Backpacking?

Why Dehydration Is Especially Dangerous For Senior Hikers

Sometimes I recommend products, which I earn a commission on when you click my links and make purchases. Don’t worry! You don’t have to pay extra money.  The company simply compensates me for mentioning their product. This does not impact my reviews and comparisons. I only recommend products I stand behind.

As an Amazon Associate, I earn from qualifying purchases.
Facebook-f Instagram Pinterest-p